This time a status post more about changes coming then the usual mention of what has changed and unfortunately a post with a bit of a bitter undertone.

Qt 4 ended development about 3 years ago, being replaced by Qt 5 then. Late last year Qt announced that Qt 4 is complete end of life, no more maintenance patches or security fixes. This has meant for KaOS that removing Qt 4 completely from the repositories was something to be done rather sooner than later. One vital package, hplip, was set as the cut-off. Once that one was ported, Qt 4 would leave. This has happened now, Hplip is PyQt5 based and one more was ported to Qt 5 the last 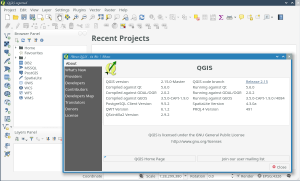 few days, QGis. A poll was started to discuss this removal and looking at the response so far, expect Qt 4 and all that still depend on it to be completely removed from the repositories during the month of June.

KaOS goal has always been to focus on one toolkit, to that end there was a lot of discussion in 2014 and early 2015 when and how to move from a Qt 4 based Desktop Environment to a Qt 5 based (Plasma 5). Many posts, News articles, Release Announcements have been used to make it clear to all that whenever possible, KaOS would use Qt 5 based ports of any application even if that meant using git versions instead of released tars, examples kf5 ISO 2015.01.25 a Release Candidate? , Early-january-15-status/, Plasma-5frameworks-5-plans-test-iso/ and example of Release Notes as used ever since. This policy has now lead to branding KaOS as a second or third class "citizen" in the KDE ecosystem. As noted by one leading KDE developer in IRC, KaOS bug reports will be ignored and/or immediately closed. These actions are not imposed to distributions (large?) who just this year announced they will ship all the latest KDE has to offer, including git builds, examples are Ubuntu based Neon and OpenSuse Argon/Krypton, using and reporting about git versions by those is praised upstream, bug reports very welcomed.

Unfortunately for a small distribution like KaOS there is nothing that can be done but to accept these kinds upstream discriminatory actions and add warning pop ups to all applications effected. You probably have seen them already in apps like Okular and Calligra Words. This explains why these have to show now, it makes no sense for KaOS users going through the trouble to try and create useful bug reports in the KDE tracker, only to see their efforts being ignored and removed.

To conclude this News item, a little about the repositories movements too. Pacman 5 had the option to use hooks added, these are now implemented in KaOS. This means for you as a user on larger updates, certain database updates are only run one time, after all new packages are installed. Example on updating 70 packages, often some 50 would update the icon database after each package, this is now done just once.
Work to re-introduce microcode updates in a fully automated way is much better implemented in linux 4.6, because of that linux 4.5 will be entirely skipped for the core repository, needed changes to how to build for this new option are implemented in two RC builds of linux-next 4.6 so far. See this commit message of the change, https://lkml.org/lkml/2016/3/14/393.
A new mirror was added too, this time a second one in France, see the Sponsors page for details.