Next in the bi-weekly ISO releases is a September 17 release. KDE 4.11.1 ended up with quite a few regressions from upstream, about all 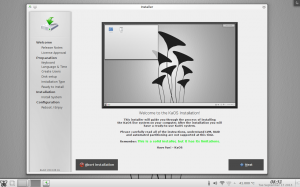 have been addressed and all affected KDE 4.11.1 packages have been rebuilt with the needed patches.

Kernel moved to linux 3.10.11 (linux-next is following 3.11 now). Latest Calligra is available on this ISO (2.7.3), all available Calligra language packs added to the repository. About 250 more packages are available in the repo's since the last ISO. Clementine 1.2.0 is available on the ISO as a preview to the new features that came with this series, build with sparsehash, so all your cloud storage media (Google-Drive, DropBox, etc) can be played directly into 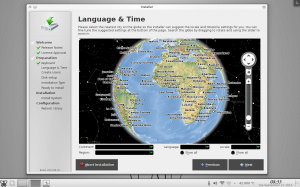 Clementine. The all new Plasma-nm is added to the ISO and will eventually replace networkmanager applet. Once upstream has made the switch, plasma-nm will become default, for now you have to add this new widget manually to the system-tray.

Plasma theme Kotonaru is exclusively developed for KaOS, this ISO has the all new 2 series.

But by far the most work has gone into the Installer. To get to a full featured, modern installer, a windowed Installer is in use now, no more full screen. The look has moved to follow Kotonaru's flat, 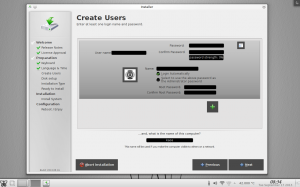 modern theme and colors. Pages have been rewritten to clean up code, update widgets, remove duplicate functions, resulting in subtle improvements in the ease of use.

This will be the last ISO without all language packs available in the repositories. Complete packs for Calligra, Firefox and Thunderbird are already available. Libreoffice will follow in a few days, next week, with KDE 4.11.2 release, all KDE language packs will be added too.