It is with great pleasure to present to you KaOS 2016.09. With this ISO KaOS has gone back to a fully integrated build of the different KDE parts. Instead of building Frameworks, Plasma and KDE Applications on their own separate release schedules all are now build the same day of any Frameworks release. To accomplish this Plasma 5 is now build from the latest commits, no longer uses released tars. 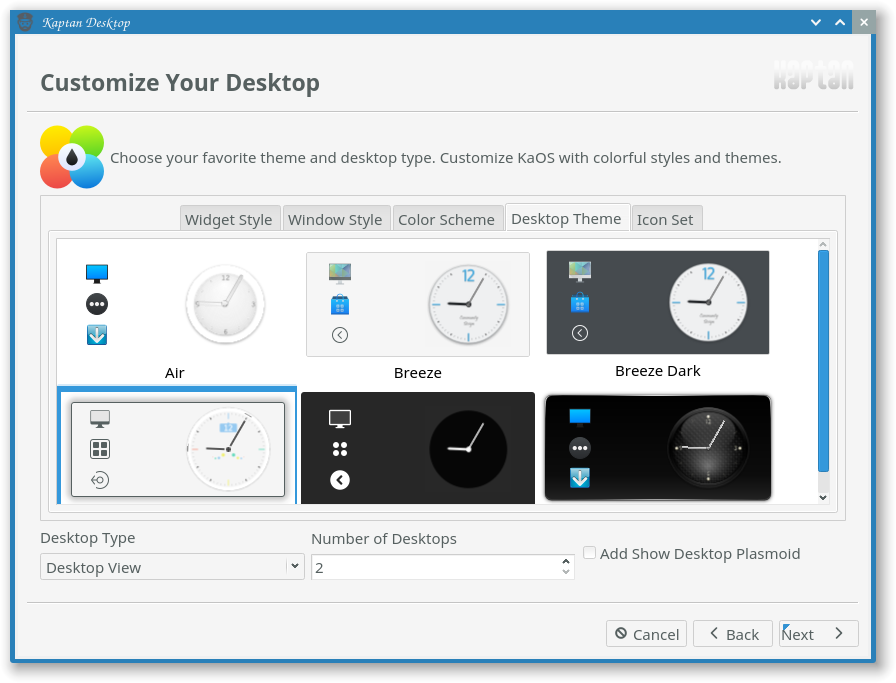 A new addition for KaOS is a First Run Wizard. It will run on the newly installed system and enables with just a few clicks to adjust mouse behavior, menu launcher, desktop theme, used wallpaper, color scheme, widget style, window decoration and virtual desktops used. With one click this Wizard will also link to KaOS Documentation and all contact info.

Another first on this ISO is a new tool to write ISO files to USB. Not only does IsoWriter write to USB it also gives the option to recover your USB stick after using it for an ISO, something that regular dd copy or the previously used Imagewriter were not able to do.

For Plasma 5.8 the used Midna theme has been updated in many parts, this includes on all new SDDM theme, new gfxboot splashscreen, redone panel launchers, updated Logout and Lock screen, several new icons, including icons for the system tray.

The installer now automates setting your location on the world map and has improved volume scanning so it won’t show live USB or optical drives as install options. 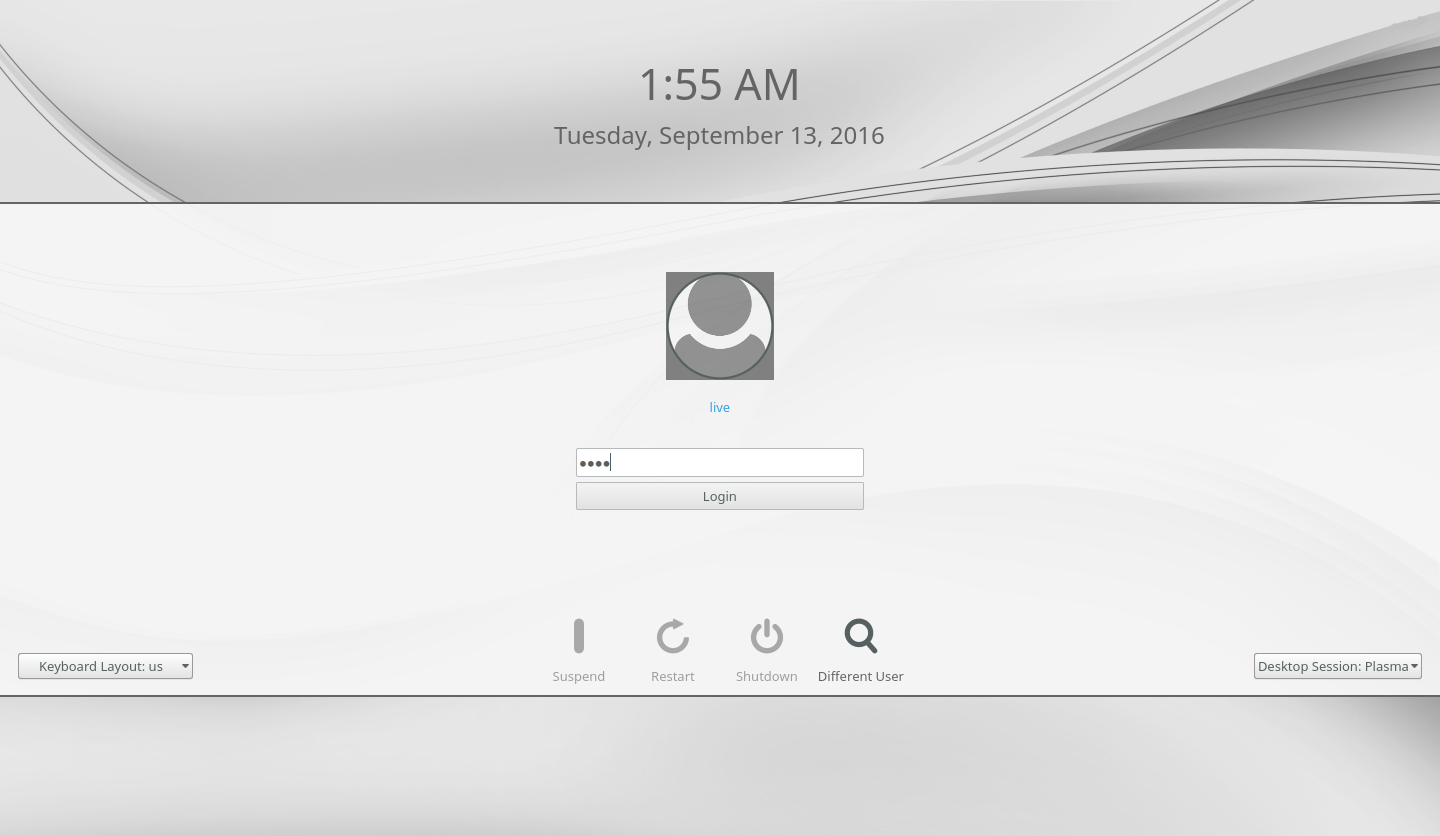 The Linux kernel has all the needed ucode build-in for a fully automated Early Microcode update.

It is possible for both the Live session and installed system to start a Plasma Wayland session right from the login manager. An X11 session is of course still default, but the drop-down menu has a Wayland entry too. With Plasma 5.8, the Wayland session is now possible on more systems.

The used installer framework has moved to the 2.4 series. Highlights of the changes and additions:

To create reliable installation media, please follow the instructions from the Download page. KaOS ISO’s do not support unetbootin or rufus, and DVDs need a burn speed no higher than 4x.