It is with great pleasure to present to you KaOS 2016.06. This time three major changes to announce.

With the move to the Linux kernel 4.6 it is now possible to fully automate the Early Microcode update. This new kernel now has all needed ucode build-in, thanks to commits like these. For users, this means no need to install any ucode package, no need to adjust bootloaders or have an extra initrd just for Microcode loading. Many modern CPUs require loading microcode before everything else, as the update causes system instability otherwise.

The Plasma Desktop includes Frameworks 5.23.0, Plasma 5.6.95, KDE Applications 16.04.2 & not yet released ports of KDE Applications. All built on Qt 5.7.0. Changes in Plasma 5.6.95 include improved workflows, the return of the agenda view in the calendar, the Volume Control applet gained the ability to control volume on a per-application basis & allows you to move application output between devices using drag & drop, new System Tray & Task Manager, plus huge steps towards a Wayland-based windowing system 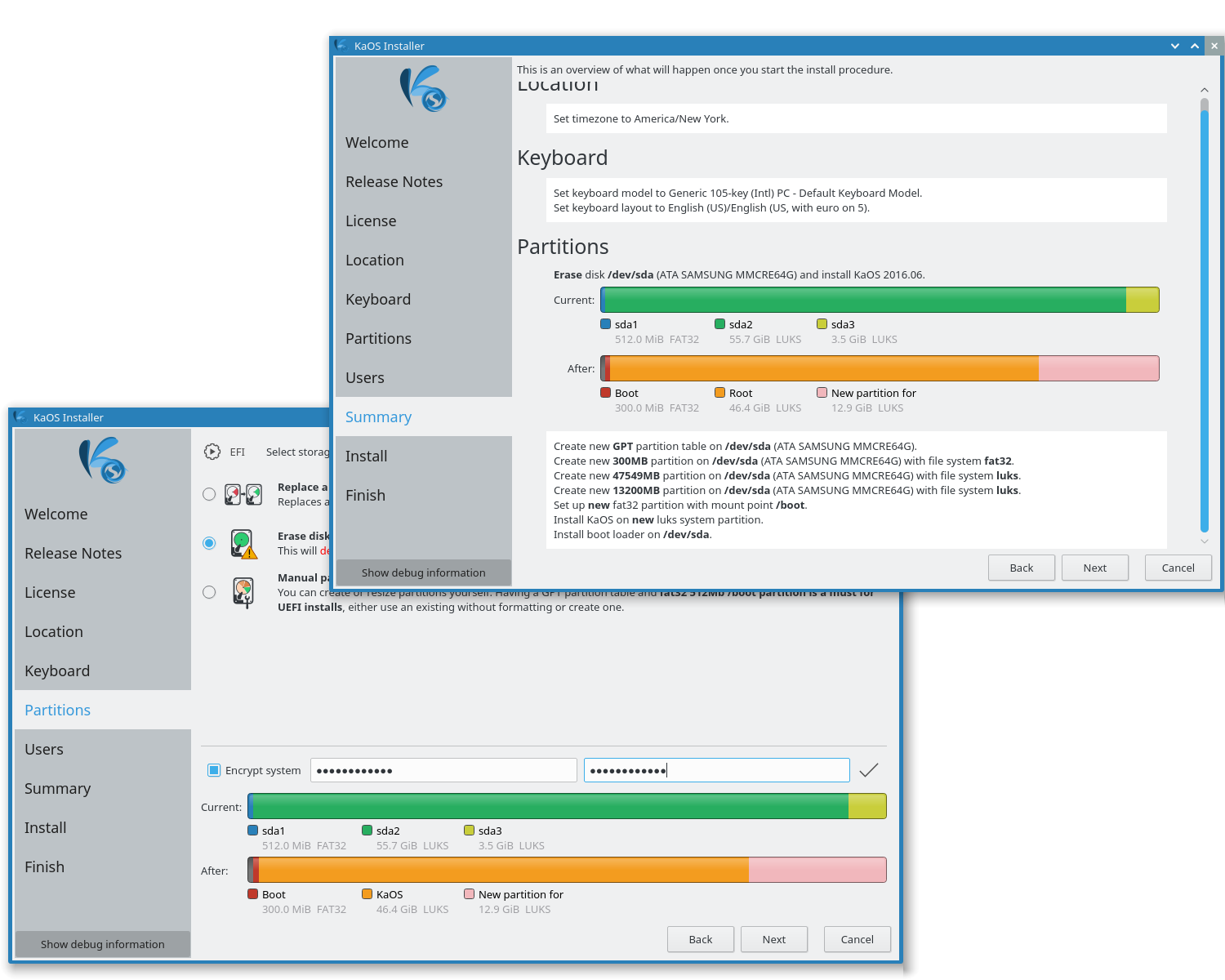 Complete new for KaOS is the inclusion of encrypted file system support in the installer. LUKS encryption is available for both the automated install options as well as manual.

Third major change is the end of Qt 4 in the KaOS repositories. It is a good three years ago that development for Qt 4 stopped, late 2015 all support including security fixes ended. Any application that has not made the transition to Qt 5 in all this time can no longer be supported in KaOS. Either they actually are no longer maintained or their development is ignoring the implications of building on a possible insecure toolkit. 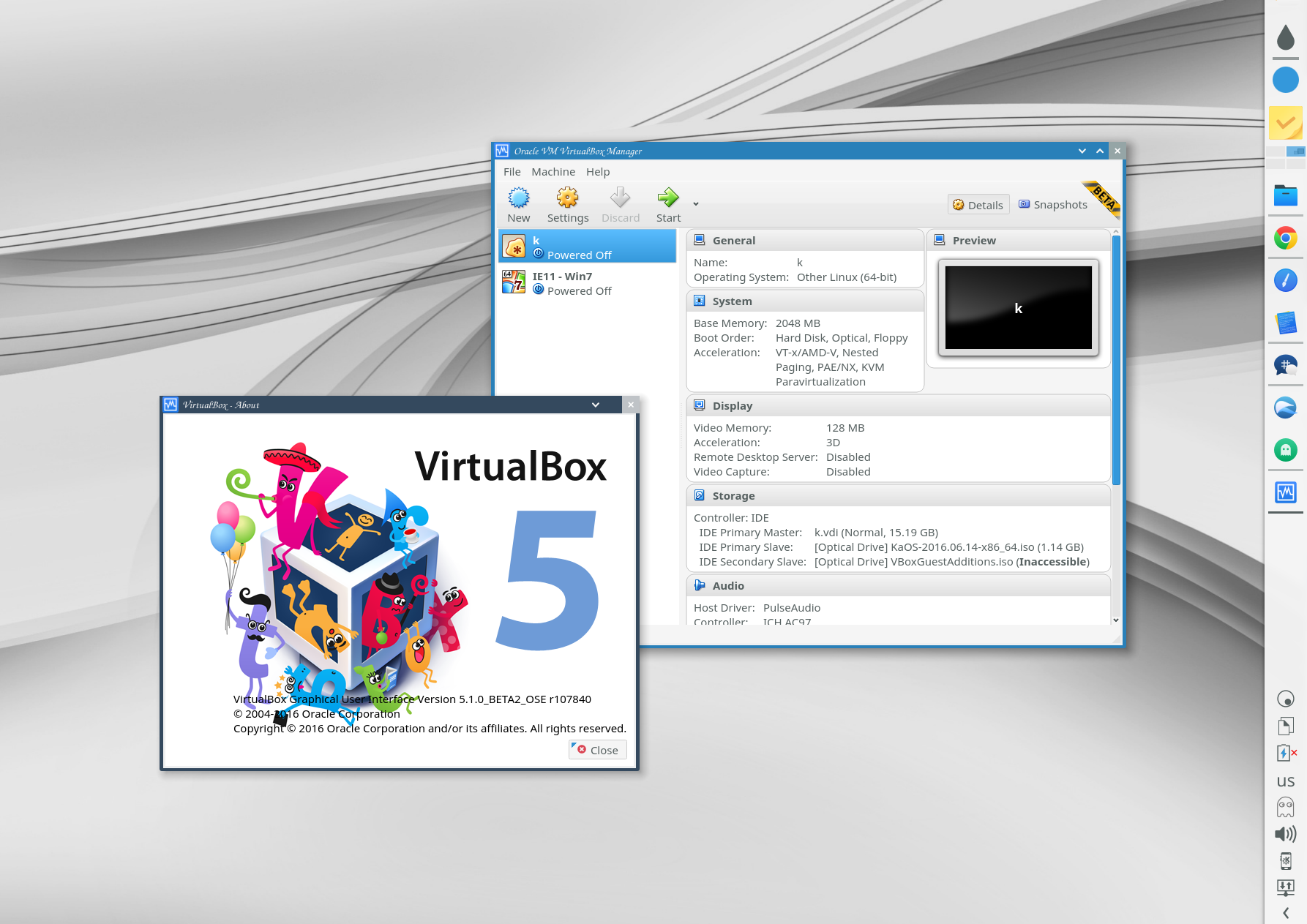 The artwork received a redesign in many elements. A new icon theme for light and dark themes has arrived. The Midna Dark theme received a complete overhaul with a new plasma theme, window decorations, color scheme and new sddm & splash themes. The new work brings to Midna Dark a complete unified look.

KaOS specific settings for kinit make it possible to start a Plasma Wayland session right from the login manager. An X11 session is of course still default, but the drop-down menu has a Wayland entry too. With Plasma 5.6.95, the Wayland session is now possible on more systems.

The used installer framework has moved to the 2.3 series. Highlights of the changes and additions:

To create reliable installation media, please follow the instructions from the Download page. KaOS’s ISO’s do not support unetbootin or rufus, and DVDs need a burn speed no higher than 4x.