With the move of KDE 4.12.2 to the stable repo, it is a good time to give a status update of KaOS. Moved today is not just KDE 4.12.2, but also a major update, libgcrypt. Much was rebuild for this, plus other lower level libs will be included in your next pacman -Syu. Firefox 27.0, Thunderbird 24.3.0, Chrome 34 (first release with aura) are among the updates too. In all, a good 540 packages are moved to stable today. You will be asked about a few replaces, answer all with "Yes".

January did see well over 4000 downloads of KaOS, with that, many more users have become interested in participating in this distribution. With that interest, a new option was added, KaOS Community Packages (KCP). This gives all users the ability to participate in making missing packages (not in the KaOS repositories) available through downloadable PKGBUILD files. See the KCP Guide for detailed instructions. Github is used for this, it gives a very flexible and powerful front-end, full history of any change to any package available, easy discussion with the integrated "issue" options. 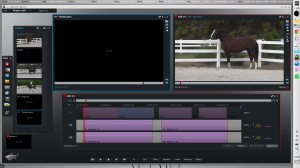 The influx of new users also brought request for many new and interesting packages, in all a good fifty were added, which makes the repositories stand at about 1950. Among those added Qgis, Eclipse, Dianara, Synaptiks, Krusader, Qlandkartegt, Truecrypt, Icedtea-Web and Grass.

A special mention is needed for the addition of Lightworks, a professional video editing suite, which release has been highly anticipated for over 3 years. The first stable release for Linux does not disappoint offering great stability, speed and intuitive work-flow. 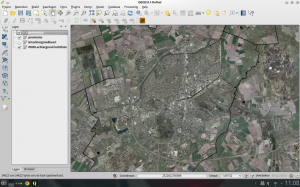 To accommodate hardware from about 2005 through 2008 that does not fully work with the latest kernels, and give users the ability to choose even more stability in their kernel selection, linux-lts was added to the repository. The current linux-lts follows the 3.2 series, which is used in Debian Wheezy and will be maintained upstream through 2016. See this tutorial for instructions how to add an extra kernel. 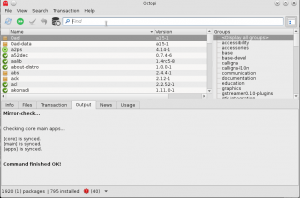 Octopi had two more features added, one makes updating the system possible with just one click on the newly added update button, a longer requested, and for a rolling distribution vital feature is that mirror checking is fully integrated. Any time you start Octopi, it will give you a status of your used mirror, plus you can re-check with a click on a button.