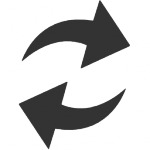 KaOS stayed with Samba 3 as long as possible, maintenance from upstream was still active until last December. But it was announced, the 3 series is no longer maintained, so time to move to 4.

4.1.5 introduces quite a few new dependencies and is a major change.
For instructions about this migration see:
A HowTo of migrating from Samba 3 to 4